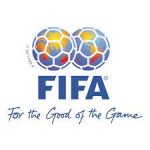 In turn, the Sports Authority of Thailand relayed FIFA’s warning to Thailand’s National Broadcasting and Telecommunications Commission (NBTC), which in turn, notified video distributors in that country

The warning stemmed from the release of a photo of fans in Laos watching FIFA programming on a TV screen, even though FIFA does not license its programming for distribution in that country – and that if broadcasters in other countries (e.g. Thailand) enforced the encryption decree, the fans in Laos would not have been watching.

This prompted Thailand’s telecom company, True Corporation Plc to issue a statement that it and its three subsidiaries had an exclusive agreement with FIFA to distribute FIFA World Cup programming so that Thai viewers could watch on free TV.

Thailand’s newspaper, The Nation, reported that True said the agreement gives TRUE the exclusive right to broadcast the event via channels and platforms other than terrestrial TV, to comply with the must-have rule as well as intellectual property laws.

It appears that FIFA had not thought through the implications that terrestrial transmission must be made available free to the public, making it impossible for True to enforce encryption and therefore, easy for parties in neighboring countries to receive and re-distribute FIFA’s programming.

Perhaps FIFA’s beef should be with the pirates in Laos, combined with an effort to inform Thai regulators of the difficulty in balancing exclusivity with free broadcast rights.  Similar situations exist in the United States, where over-the-air broadcast must be unencrypted, and in other countries.