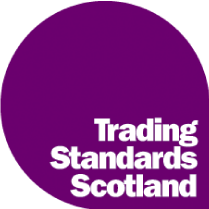 The West of Scotland-based illegal service was fueling what was estimated to be “dozens” of separate illegal services which in turn distributed stolen programming to “tens of thousands” of consumers across the UK.

“This was a highly organised group which purposely set out to defraud the television, film and sport industry,” said Ceri Hunt, Detective Sergeant in the Police Intellectual Property Crime Unit at the City of London Police. “We took down a significant number of servers, all providing illegal digital content, which demonstrates the scale of this illegal streaming business and the financial impact it was having on the television industry.”

“Tackling illicit trade in Scotland is one of the key aims of Scotland’s Serious Organised Crime Strategy,” said Fiona Richardson, Chief Officer of Trading Standard Scotland.  “Illicit trade can have a serious impact on our communities and offers an opportunity for organised crime groups to profit at the expense of legitimate business.”

“The use of illicit streaming devices and services can also have a number of serious consequences for consumers. As a result of Trading Standards and Police activity, illegal streams can be removed without notice and customers will not receive a refund when they lose the service,” she said.