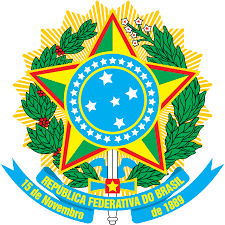 Two weeks ago, the latest successes by Brazil’s ongoing initiative against piracy, Operation 404, were announced by the Brazilian Ministry of Justice, US Department of Justice, ACE and others.  It was the fourth round of the anti-piracy operation, which has announced its successes annually since 2019.  See Piracy Monitor’s June 24th article for further details.

This week, it was noted that the investigation also identified another 53 sites hosted in the UK and six in the US; all of which were blocked. In addition to the physical searches, for the first time, the operation also ventured into the metaverse as part of its investigation, according to a news release by Nagra.

A coalition of key industry players and law enforcement agencies contribute to the successes, which also included Alianza (the Alliance Against Pay TV Piracy or Alianza contra Piratería de Televisión Paga) and Nagra.

“The metaverse has barely begun and criminals are already using this environment to commit crimes. They prepared events and within these events, in the metaverse, crimes against intellectual property were committed,” said Alessandro Barreto, coordinator of the Ministry of Justice’s CiberLab.