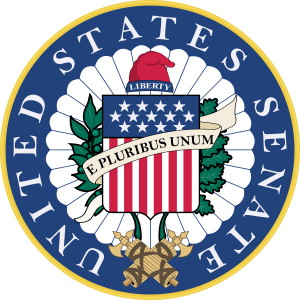 Senators James Leahy and Thom Tillis, the Chair and Ranking Member, respectively, of the US Senate Judiciary Committee’s Subcommittee on Intellectual Property sent a letter to the newly confirmed US Attorney General Merrick Garland, asking how he and his Department of Justice intend to enforce the newly passed Protecting Lawful Streaming Act (PLSA), which makes piracy a felony under US law.

One way to interpret the letter is as a friendly reminder to Mr Garland not to allow the PLSA to become lost in the shuffle.  But there’s clearly an additional motive: to make sure that any guidelines published to US Attorneys emphasize that the PLSA is intended to target commercial piracy operations.

Quoting the letter, “(any) guidance should make clear that the law does not allow the Department to target the ordinary activities of individual streamers, companies pursuing licensing deals in good faith, or internet service providers (ISPs).”

The PLSA has been both praised (by Hollywood and by copyright advocates like CreativeFuture and The Copyright Alliance) but questions have been raised as to whether the PLSA might be too blunt an instrument for its own good, by people who worry that it might be used to attack parties that it was not intended to target.

Perhaps the Senators were recalling the bitterness surrounding 2011’s SOPA (the Stop Online Piracy Act, introduced in the US House of Representatives) and PIPA (Protect IP Act, a similar measure introduced in the US Senate by Senator Leahy, by the way), which were tabled (set aside, unpassed) in 2012.

Sen. Tillis also attempted to clarify the intent of the PLSA in December, saying that “the PLSA is not aimed at ISPs whose services may be misused or abused by their customers or others in furtherance of an infringement scheme, where the service provider does not itself share the requisite criminal intent.”