In recent weeks there had been conflicting reports that the privacy-focused search engine DuckDuckGo had stopped listing pirate Web sites in its search results.  One report, later updated, said that The Pirate Bay and other sites were being suppressed.

A few days later, DuckDuckGo’s CEO told The Independent that it does no such thing, and that there was an bug “in one of its custom features.”  The Independent then ran some test searches for pirate sites (by name) and they came up at the top of the results lists.

As of May 18, the day this article was published, a DuckDuckGo search by Piracy Monitor for ‘Pirate Bay’ showed that site as the first in the list of search results. 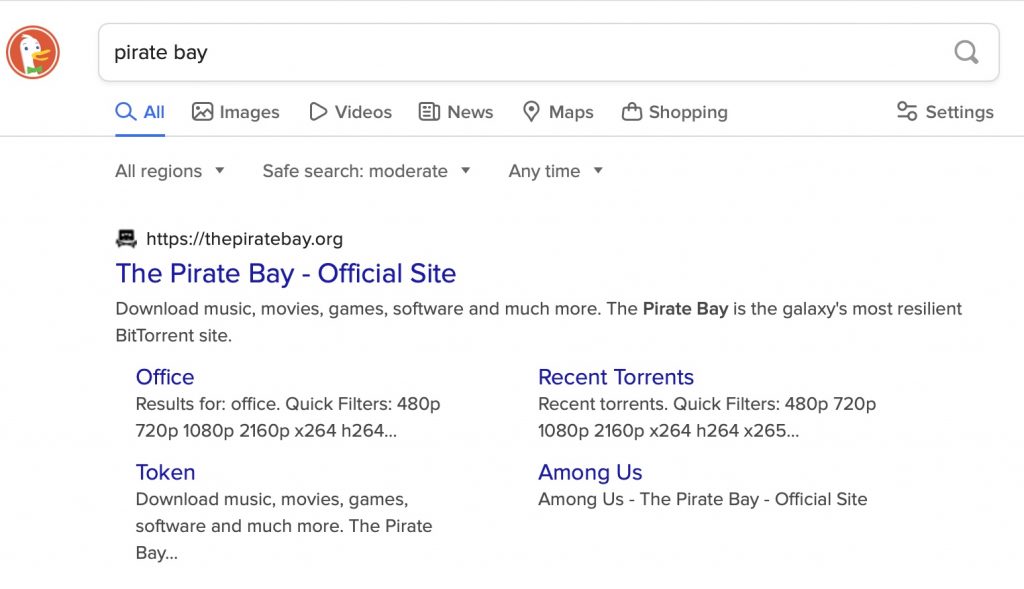 Further searches didn’t seem to suppress other sites.  A search for the term ‘iptv’ – which has become the generic term for pirate video portals – turned up a list of sites that could easily be suspect. 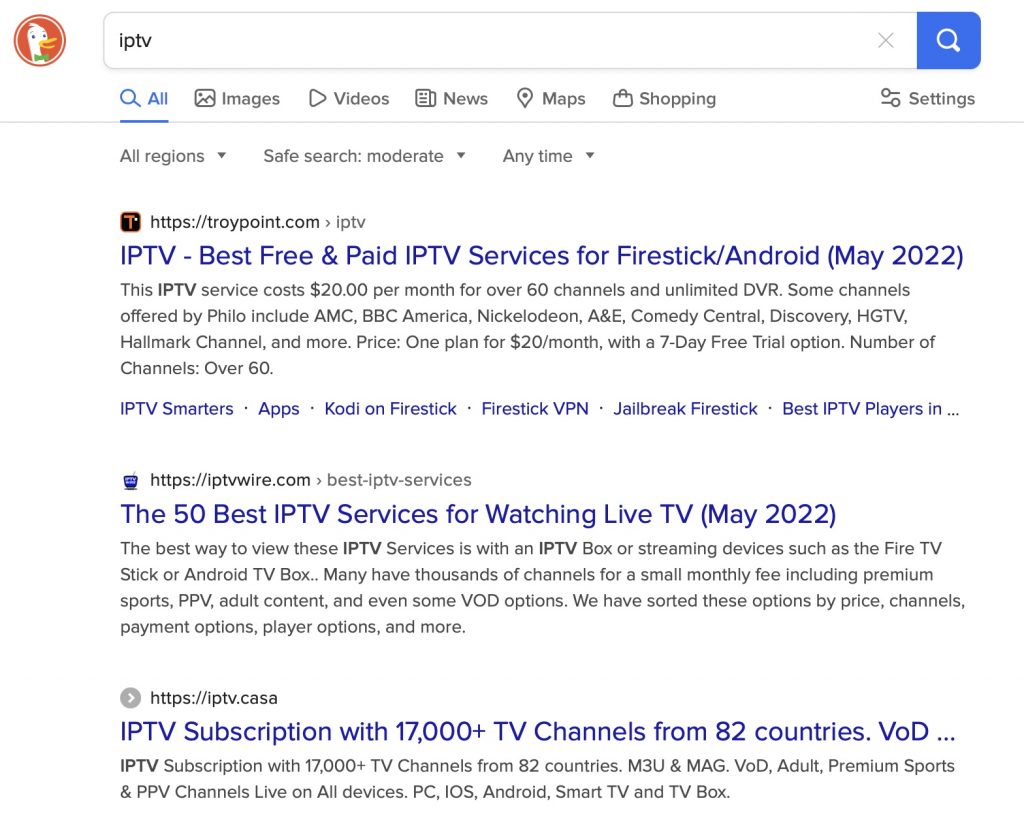 Scrolling down the page, none of the familiar legitimate streaming sites appear in search results for ‘iptv.’  No Disney, no Netflix, no HBO.  Incidentally (or maybe not?), thirteenth on the results page was a listing by Microsoft for an ‘IPTV Media Player.’  Interesting, since Duck Duck Go is essentially a branded portal to Microsoft’s Bing search engine.

Microsoft probably has no conscious interest in associating itself with piracy sites; such are the unintended consequences of advertising automation.

A similar fuss was raised in March, when DuckDuckGo announced it was suppressing Ukraine-related reporting from any outlet other than “mainstream media.”

As reported by Newspunch, “‘Like so many others I am sickened by Russia’s invasion of Ukraine and the gigantic humanitarian crisis it continues to create. #StandWithUkraine️,” Weinberg tweeted on Wednesday. “At DuckDuckGo, we’ve been rolling out search updates that down-rank sites associated with Russian disinformation.’”

This is not to to point fingers necessarily, but rather, to raise the larger question: Should search engines the power not be non-transparent when it suits an agenda, or should they be transparent no matter what?

Even when transparency makes it easier for consumers to break the law by seeking illegally-distributed content online?