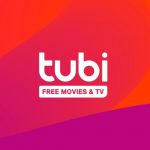 Since March 2020, credential sharing among adult streaming consumers in the United States has risen to 42%.  This finding was part of a study commissioned by Tubi, conducted by OnePoll, and reported by NextTV this week.

Read more in the New York Post, with additional stats

So, by comparing the Parks and OnePoll estimates, it’s clear that the pandemic has caused a spike in password sharing.

While the OnePoll/Tubi study said that only 11% of sharing was with people other than partners, friends or family members, the study was inconclusive as to whether the respondents knew the difference between legal and illegal sharing.

So this report doesn’t tell us whether or not the rate of actual piracy has changed, now that many consumers have resorted to streaming to fill the gaps left by the absence of their eight hour work days.