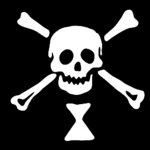 2019 was a year of awareness for video piracy.  Video providers no longer see it as a peripheral concern, but rather, a central one.  My own ‘aha’ moment came when Sandvine published an estimate that about 7.3% of urban homes in North America watched live TV from pirate sources.  More about the size of the piracy problem in a moment.

Last year, we saw some enormous piracy cases. Some, like beoutQ, continue to compromise the businesses of major legitimate video programmers by stealing billions of dollars worth of programming and distributing it to clandestine devices. Others, like the now-defunct Omniverse, leveraged multiple business models: acting as streaming retailers, as a wholesaler hosting content to be streamed by other video sites, by selling advertising, and as a provider of illicit streaming devices – all at the same time.

There is also the cybersecurity aspect of video piracy. Some pirate apps and pirate video download sites open paths that pirates can use to infiltrate consumer households and leverage known vulnerabilities to infect in-home devices with malware and ransomware.  Funds extorted from consumers by pirates, paid in cryptocurrency, can be part of their revenue model.

While password sharing has become a recent focus of pay TV and online video providers, infringing account access really is the result of two different phenomena.  One is from the “casual” sharing of video account access between friends and family.  The other is through exploitation.  Pirates can capture consumer log-in credentials through phishing attacks.  They also can purchase consumer account databases and use automation to penetrate consumer accounts by brute force.  Successful attempts enable the theft of content and personal information on an industrial scale.  While casual sharing could place credentials in the wrong hands, the latter examples are deliberate theft.

Where to learn more

This week, Parks Associates published a new report and global forecast for video piracy, titled Video Piracy: Ecosystem, Risks, and Impact, written by myself as contributing analyst. Worldwide, we estimated the overall revenue loss to all video providers due to piracy in 2019 to be about $57 billion, reaching 67 billion in 2023. After nearly 20 years in the “IP video” technology space, I had taken Sandvine’s message to heart and made piracy my new focus.

Based on this, if just 10% of subscribers discontinued legitimate video services in favor of video delivered by pirates, the 2023 loss to those operators could exceed $6 billion. While not exactly “nothing,” this 10% is conservative: US-based video providers interviewed for the report regularly characterized the loss to be “in double digits.”

The North America figure also pales in comparison to Asia, where in Indonesia alone, 63% of video consumers access pirate video sites.  Of them, 62% have discontinued some or all of their pay TV services, according to research published by the Asia Video Industry Association (AVIA).

Video piracy is what we make of it. Cybersecurity aspects aside, we can focus on the losses and the rights-infringement inherrent in it and go directly to punitive measures that minimize the loss. Or we can through the other end of the telescope and say that video providers who exercise well-defined piracy detection and anti-piracy initiatives that create opportunity.

We can look at piracy as a market research tool that can reveal new opportunities, or even as a revenue generator that video providers can tap into with the right marketing programs, by targeting consumers that use shared or stolen video account credentials.

In reality, it’s all of these. To paraphrase an old adage about consumers, an informed video provider is a good video provider. One who places itself in a position to see the reality of their own piracy situation and then equips itself to make effective decisions.

So, 2020 is an opportunity to minimize the risks and to make the best of the opportunities.