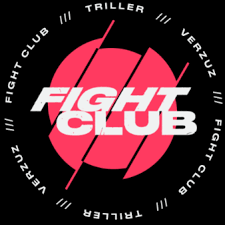 TrillerNet, which acquired the FITE boxing site as part of a partnership with musician Snoop Dogg earlier in April and rebranded it as The Fight Club, has filed a piracy complaint in the US District Court, Central District of California; against a dozen Web domains on multiple charges.

Charges include copyright infringement, conspiracy, violations of the Federal Communications Act 47USC§553 and the Computer Fraud and Abuse Act 18USC§1030, and other charges.  The defendant Web domains are listed in the complaint as ‘unknown business entities.’

The defendants are charged with the ‘theft and diversion of upwards of 2,000,000 unique viewers’ by enabling them to watch the broadcast of a prize fight that took place on April 17 between Jake Paul and Ben Aksren, the first event under the Fight Club brand.  The stolen broadcast was allegedly redistributed over  a variety of streaming sites, including YouTube.

The case is 2:21-cv-03502, filed in the US District Court of the Central District of California.  The complaint is available via the US court system’s PACER public search engine.

Despite piracy, the fight reportedly sold a million views, which would translate to $50 million at $50 per viewer.  While $100 million in damages sounds hugely excessive, that arithmetic would be correct for the theft of two million potentially additional streams.

Piracy could also devalue other aspects of TrillerNet’s business.  Prior to the Paul-Akren fight, TrillerNet launched the Triller NFT Marketplace to sell the rights to videos of TrillerNet events, including the winning 30 seconds of that fight – with a $10 million ‘Buy it now” option.

Not to mention the NFT option noted above.  By comparison, pirated live streams of the famous 2017 Mayweather-Pacquaio fight was estimated to have reached 2.9 million viewers at $99.95 a pop, for a total that approaches $300 million.

TrillerNet has been aggressive in building a new media platform by acquiring media properties and technology platforms that support them.  According to a press release, FITE has more than 10 million users, 4 million registered sports and entertainment fans, and has streamed “over 5,000 live events over the past 5 years.”

Also in April, TrillerNet acquired a customer engagement platform called Amplifi.ai.  In March, Triller acquired the live music streaming platform Verzuz.  According to Deadline, Triller has spent $250M for acquisitions over the past 18 months.