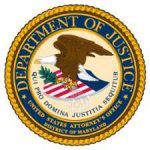 On December 16, the U.S. Attorney’s Office for the District of Maryland seized 23 unlicensed websites for allegedly live streaming the World Cup games, an infringement of the Fédération Internationale de Football Association (FIFA) copyrights.   This was the second round of seizures, adding to the 55 sites seized on December 10.  Individuals visiting the sites will now see a message that the site has been seized by the federal government and be redirected to another site for additional information.

Beginning in September 2022, the US Department of Homeland Security (HSI) received information from a representative of FIFA identifying a number of sites being used to distribute and transmit copyright-infringing content, without FIFA’s authorization.  After the December 10th round of seizures, HSI Agents in Maryland observed public internet messages and social media posts identifying additional, alternative sites offering illicit streams of World Cup matches.  Agents then reviewed World Cup games and other infringing content being offered through these sites and confirmed a list of additional domain names subject to seizure.

Free access to live sports-related copyright-protected content can attract heavy viewing traffic, which makes websites offering such content a potentially lucrative way to serve advertisements. By seizing the subject domain names, the government prevents third parties from acquiring the name and using them to commit additional crimes, or from continuing to access the websites in their present forms.

FIFA is the international governing body of association football and holds the exclusive rights to sanction and stage the FIFA World Cup 2022, which was hosted in multiple cities in Qatar during late 2022.