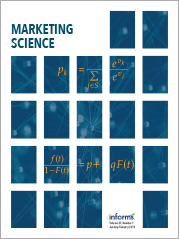 A study published in May 2021 by the journal Marketing Science investigated the growth of Netflix in 41 Asian countries. In one country where access to Netflix was restricted – Indonesia – they concluded that piracy increased by about 20 percent in that country over the study period.

While the study has gained media coverage in recent days, its methodology is questionable and its data is years old.

Link to the press release and summary (INFORMS)

Link to the study itself: The Effect of Over-the-Top Media Services on Piracy Search: Evidence from a Natural Experiment, by Shijie Lu of the University of Houston, Koushyar Rajavi of the Georgia Institute of Technology and Isaac Dinner of Indeed in Austin, Texas.

Why the study is flawed

What’s more, the conclusion that piracy increases when access to content or service is limited reflects the obvious.